Nivin Pauly and Asif Ali, the two most sought-after actors of the Malayalam film industry, are all set to share the screen once again. The duo is joining hands with director Abrid Shine for the upcoming project, which has been titled Mahaveeryar. The Nivin Pauly-Asif Ali starrer started rolling in Jaipur, Rajasthan, on Wednesday (February 24, 2021).

The exciting update was announced by Nivin Pauly, who also bankrolls Mahaveeryar through his official social media pages. "Extremely happy to announce our next project - #Mahaveeryar produced by @paulyjrpictures and #IndianMovieMakers (Shamnas). Once again joining hands with the super talented @abridshine . We also have a delightful cast featuring my brother @asifali , @lal_director sir, #Siddique sir and @shanvisri" wrote the actor-producer in his post.

Mahaveeryar marks Nivin Pauly's third collaboration with director Abrid Shine after 1983 and Action Hero Biju. The project marks the Malayalam debut of popular actress Shanvi Srivastava. The actress, who is all excited about the project, took to her official Instagram page and wrote:

"Here's my next , #mahaveeryar / മഹാവീര്യർ ❤️
@nivinpaulyactor @abridshine @asifali #malayalam
Remember wishing me goodluck for something at the beginning of this year ??
This is that something!
Thank you so much 🙏
-shanvi s."

Asif Ali and Nivin Pauly are sharing the screen in Mahaveeryar, after a long gap of 10 years. The actors have shared the screen in the path-breaking movie Traffic and multi-starrer Sevens. The Abrid Shine project is jointly produced by Nivin Pauly and Shamnas, under the banners Pauly Jr. Pictures and Indian Movie Makers.

Dulquer Salmaan's New Look For The Cop Film Is Out; Pictures Win The Internet! 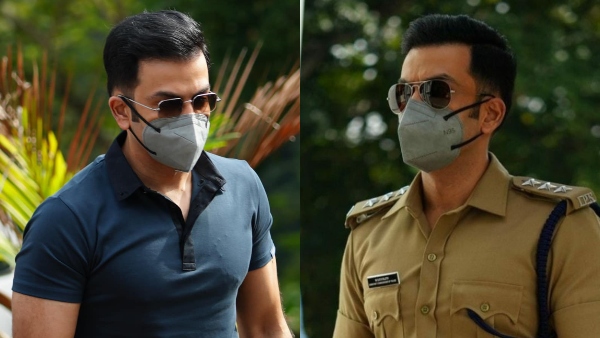 Cold Case: The Prithviraj Sukumaran Starrer Gets A Release Date?