Prithviraj Sukumaran, the young actor-filmmaker celebrated his 39th birthday on Saturday (October 16, 2021). Just like the previous year, fans, well-wishers, and colleagues showered the multi-faceted talent with warm wishes, videos, and special mash-ups on this birthday. Prithviraj Sukumaran has now responded to all the birthday wishes with a special post, made on his official social media handles.

"Thank you! 🙏 For all the love, all the wishes, all the inspiration, all the mash up videos and everything! I promise to work harder, try harder, and give my everything to this spectacular world of cinema! Love ❤️ PS: Here is an exclusive still from a small little cute film I directed! #BroDaddy @brodaddymovie," wrote Prithviraj on his post.

Coming to the work front, Prithviraj Sukumaran was last seen in Bhramam, the official Malayalam remake of Bollywood hit Andhadhun. The movie, which hit the theatres this month, has been receiving mixed to positive responses from the audiences and critics. Prithviraj played the role of pianist Ray Mathews in the movie, which is currently streaming on Amazon Prime Video. 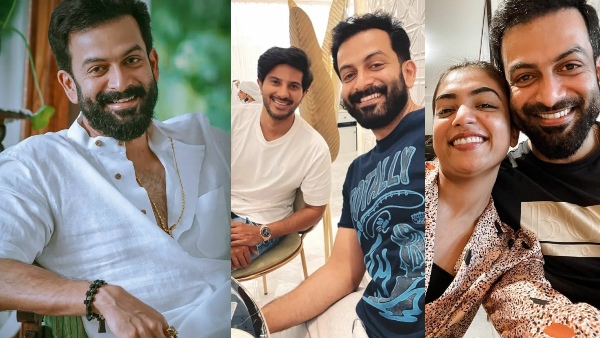 The actor-filmmaker is currently busy with the shooting of Gold, the upcoming Alphonse Puthren directorial. Meanwhile, Prithviraj Sukumaran has recently finished dubbing for another much-awaited project, Theerppu. After wrapping up Gold, he is planning to resume the shooting of Kaduva, the much-awaited mass entertainer. After finishing Kaduva, Prithviraj Sukumaran will once again take a break from acting to prepare for the next schedule of his ambitious project, Aadujeevitham.