The highly anticipated Bheeshma Parvam trailer was released at 1 AM today, to the much surprise of the Mammootty fans and Malayalam cinema audiences. The makers decided to reveal the Bheeshma Parvam after its theatre copy was leaked online. Interestingly, the promising trailer has already crossed 1 Million real-time views on YouTube.

The 1.54 minutes long trailer of Bheeshma Parvam doesn't give away many plot details of the Mammootty starrer. But from the trailer, it is confirmed that the Amal Neerad directorial depicts the tale of family, relationships, and revenge as its title suggests. Mammootty is playing the central character Michael, who is a powerful figure of Mattanchery, in Bheeshma Parvam.

The biggest highlight of the Bheeshma Parvam trailer is Mammootty's magnificent presence as Michael. As always, the megastar scores with his exceptional dialogue delivery and unmatchable screen presence. From the trailer, it is evident that Bheeshma Parvam will definitely be a complete treat for the audiences who love Mammootty as both an actor and a star.

Along with Michael, the supporting cast is also introduced and it is confirmed that Bheeshma Parvam will be rich with its performances. Among the supporting cast, Soubin Shahir and Sreenath Bhasi stand out. The brilliant trailer of the Amal Neerad directorial ends with a scene that features the late legendary actors, KPAC Lalitha and Nedumudi Venu.

Sushin Shyam's exhilarating background score and Anend C Chandran's stunning visuals have made Bheeshma Parvam an appealing watch. Interestingly, the trailer suggests that the Amal Neerad directorial is a period gangster thriller, and that is another factor that increases the expectations on the project. 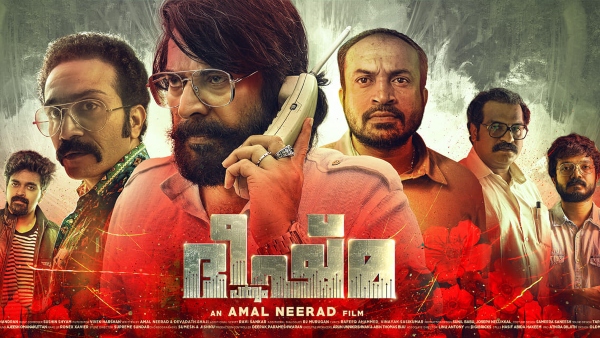 Bheeshma Parvam Pre-Release Business: Here's How Much The Mammootty Starrer Has Earned!