V reportedly had been hiding his tresses for the past few days and shocked the BTS Army by sharing his new hairstyle on Sunday (August 16). Taehyung shared a series of mirror selfies and captioned it as "Hi Army". In the picture, he can be seen donning a grey and black floral blazer paired with a black tee. Fans celebrated the K-pop idol's success as he also began trending on Twitter. Take a look at some tweets:

ONLY Kim Taehyung and the former USA President, Barack Obama have achieved this feat.

[INFO] The fastest to reach 1M likes on Twitter:

His tweet is now the 3rd fastest tweet to reach 1M and Kim Taehyung is the fastest Korean Idol to reach this milestone for solo picture🎉🎉🎉 pic.twitter.com/ApJZcJb4C1

Meanwhile, J-Hope, another BTS band member, has also been making the headlines for his huge donation to kids affected by COVID-19 pandemic. Fans also showered love for JHope and thanked the rapper for his act of kindness. The Army is now waiting for Jungkook, Jimin, RM, Suga, J-Hope, Jin and V's upcoming single track 'Dynamite'. Big Hit Entertainment just released the first teaser poster, as the English single is set to make waves on August 21.

BTS first surprised fans with the news of a new single in July 2020. "We are preparing an album for the second half of this year, but decided to first release a single because we wanted to reach our fans as soon as possible. Due to COVID-19, people around the world have been going through tough times and we wanted to share some positive energy with our fans," the group said while broadcasting on V Live. 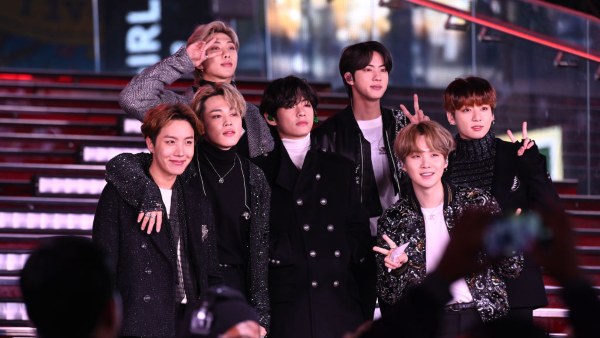