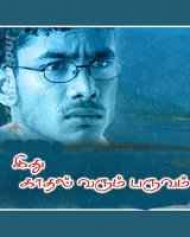 Later he gets infatuated with a model Manasi (Kiran). Finally, his lust grows for a call girl Swarna (Lakshmi Priya). Swarna’s husband is a pimp, she also shows some interest towards Surya. Surya and Swarna elope.

But towards the end Swarna turns to preach. She advises Surya to be a good role model student and also to return to his parents.

The story moves from one fantasy infatuation to another. Towards the end, the characters realise the consequences of whatever has happened before.