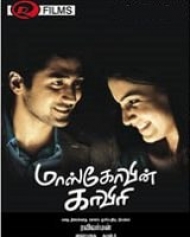 Moscowin Kaveri story is about two lovers who are as different as Tamil Nadu’s Kaveri and Moscow’s Moscow River. The Moscow River is cool and placid, whereas Kaveri River is warm and has strong currents.