Bigg Boss Tamil season 4 hosted by Kamal Haasan is all set to go on air from October 4 on Vijay Television. Ever since the announcement promo was released, fans can't wait to witness the high octane drama in the madhouse on the small screen. Amidst all the excitement for BB Tamil 4, former contestant of Bigg Boss Tamil 3 Kasturi Shankar recently revealed that she has not yet received her payment from the makers of the show.


The actress informed her fans that she had participated in Kamal Haasan's show just to help the operation expenses of manumission children. But according to her tweet, she has not received her remuneration yet.

Kasturi Shankar tweeted, "No words to thank @vijaytelevision who have withheld my payment for over a year. நான் பிக் பாஸ் நிகழ்ச்சியில கலந்துக்கிட்டதே
manumission குழந்தைகளோட ஆப்பரேஷன் செலவுக்காகத்தான். I never believed any of your fake promises, but even I didnt expect this."

The actress entered the show as a wild card contestant in the 7th week of the show. After 18 days, Kasturi was eliminated on the 63rd day of the show.

A few days ago, Kasturi Shankar was in the news for making a shocking revelation of facing sexual harassment in the past. Being a lawyer, she had shared a legal view on Payal Ghosh's Me Too allegations against filmmaker Anurag Kashyap. When a user disagreed with her and questioned her, Kasturi wrote, "What close to me, it has happened to me. It is how it is. #behindcloseddoors."

Kasturi is currently busy filming for the daily soap Intinti Gruhalakshmi. She will next be seen in the Tamil film, Thamezharasan, directed by Babu Yogeswaran. 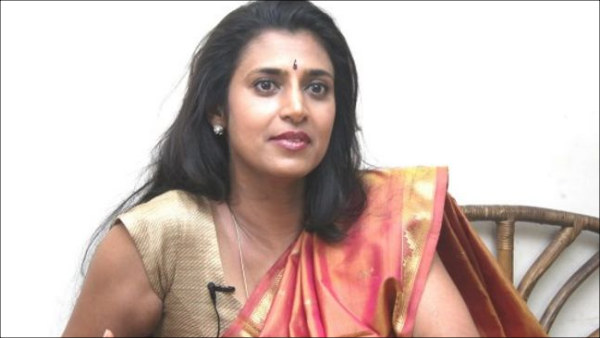