Looks like the makers of Vijay's Master are currently in work mode so as to have a smooth release post the nationwide lockdown. As per a recent rumour, the streaming rights of the thriller has been acquired by Amazon's Prime Video. There has been no confirmation yet from the makers or the steaming platform's side. Interestingly, Thalapathy's last venture Bigil, was also bagged by the American video platform.

Lately, we reported that the highly anticipated Master has turned out to be the first multilingual movie of Vijay's career. The movie will be released in 5 different languages- Tamil, Telugu, Kannada, Malayalam, and Hindi. The thriller which has become the talk of the town was initially scheduled to release on April 9, 2020. But, the unfortunate Coronavirus pandemic caused it to be postponed indefinitely. The fans were also disappointed with the delay and had asked the makers to at least release the trailer of the movie. Responding to this they requested them to keep up the spirit and promised that Master will be coming soon. As per the latest rumour, Master might release on Vijay's birthday, i.e on June 22, if the lockdown ends and the government grants permission. Well, we wish the movie doesn't get delayed anymore and gets a confirmed release date soon.

Talking about Vijay's character in the movie, the actor will be essaying the role of a college dean and also a drug peddler. Directed by Lokesh Kanagaraj, the movie will feature Malavika Mohanan and Andrea Jeremiah in important roles. Vijay Sethupathi's entry as the antagonist will be the main highlight of the movie which is bankrolled by Xavier Britto under the banner of XB Film Creators in association with Seven Screen Studio. The supporting cast of Master includes Nassar, Shanthanu Bhagyaraj, Sriman, and Azhagam Perumal. The action thriller will have lens cranked by Sathyan Sooryan and music composed by Anirudh Ravichander. 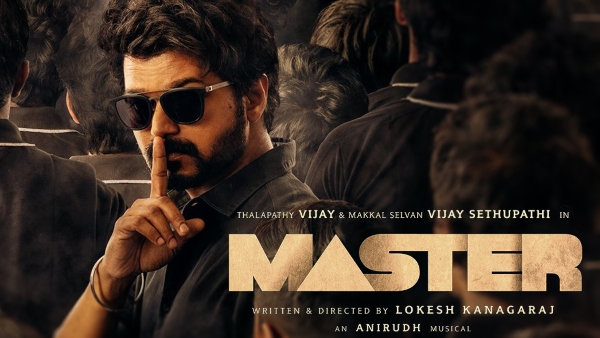