Vijay Sethupathi, the talented actor is all set to share the screen with Thalapathy Vijay in the upcoming action thriller, Master. The actor is appearing as the lead antagonist in the Lokesh Kanagaraj directorial. In a recent interview, Vijay Sethupathi made an interesting revelation about Master, which has left the audiences totally thrilled.

During the promotional interview of his latest release Ka Pae Ranasingam the actor stated that the film has come out so well, and called Master a 'masterpiece'. Vijay Sethupathi stated that the Lokesh Kanagaraj directorial will be a totally meet the expectations of both his and Thalapathy Vijay's fans, who are eagerly waiting to see their face-off on the silver screen. 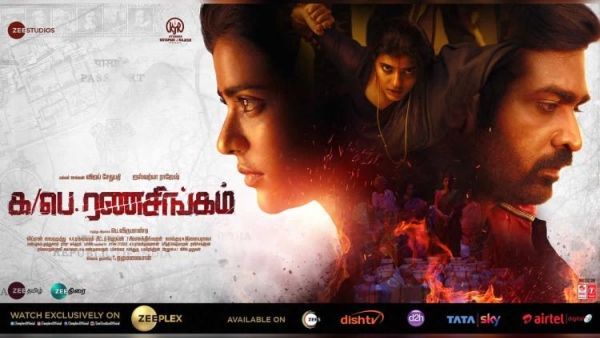 Well, the reports suggest that Master is not a typical formula Vijay film, but is going to be a unique experience for the Tamil cinema audiences. Unlike the usual antagonists of the Thalapathy Vijay starters, Vijay Sethupathi's character will have a detailed backstory and flashback. Master Mahendran is playing the talented actor's younger version in the movie. But Sethupathi himself has dubbed for both the versions.

Earlier, Vijay Sethupathi had refuted the rumours that suggested that his character in Master, Bhavani, is grey-shaded. Vijay Sethupathi confirmed that he is playing the first out-and-out negative character of his career in the Thalapathy Vijay starrer. According to the actor, the character Bhavani is purely evil and sadistic.

Coming to Master, the movie is expected to hit the theatres once the world comes back to normalcy. The Vijay starrer, which was originally supposed to hit the theatres in April 2020, is now postponed indefinitely due to the novel coronavirus pandemic. Malavika Mohanan, the Petta fame actress appears as the female lead opposite Thalapathy Vijay in the movie. Nassar, Arjun Das, Andrea Jeremiah, Shanthanu Bhagyaraj, VJ Ramya, and so on essay the other pivotal roles.

Master: Vijay Sethupathi Reveals That He Plays A Ruthless Gangster In The Thalapathy Vijay Starrer!

Soorarai Pottru Trailer: Suriya To Treat His Fans With A Massive Update Soon?