Thala Ajith and Shalini are known as one of the most adorable couples in Kollywood. After dating for a year, the duo got married in April 2000 and recently completed 20 years together. In the late 90s, Ajith Kumar and Shalini's relationship was a hot topic for tabloids and entertainment magazines.

Ajith and Shalini shared screen space for the first time in 1999's blockbuster film Amarkalam, which was directed by Saran. The adorable couple started dating each other since then and kept their relationship secret from fans and media. But do you know, how did they keep it a secret?

The Malayalam actor knew that Ajith Kumar and Shalini were in a relationship. Hence, instead of visiting the sets, the actor used to call on Kunchacko's mobile during break. Interestingly, Kunchacko also revealed the secret code word between Thala Ajith and Shalini.

He said that whenever Ajith called on his mobile, he used to say, "Sona, AK-47 Calling." Isn't it interesting? Well, for those who didn't get it, Sona was her character's name in Niram and the couple used this code word during their conversations. 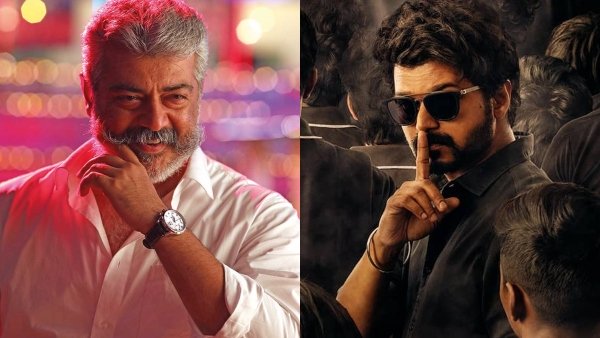 The story got a hilarious twist when the Niram director Kamal got a hint about their secret code word, 'AK-47'. When Kamal asked Kunchacko about it, he had to reveal the secret to the director. Revealing further about the story, Kunchacko said that during a shoot break, Kamal asked Shalini why AK-47 didn't call her that day. Shalini started blushing. Isn't it cute?

Also Read : Ajith-Shalini 20th Wedding Anniversary: Fans Pour In Wishes For Most Adorable Couple Of Kollywood
Talking about Thala Ajith and Shalini, the couple has a daughter Anoushka and son Aadvik. On the professional front, Shalini took retirement from acting after marrying Ajith Kumar. On the other hand, Ajith will next be seen in H Vinoth's directorial venture, Valimai. The film also stars Huma Qureshi, Kartikeya Gummakonda, Yogi Babu and others in key roles.