Vijay Sethupathi is currently gearing up for the release of his upcoming projects like Laabam, Master and other movies. A few days ago, the actor shared the official trailer of his next, Laabam on social media. After seeing the trailer of SP Jananathan's directorial, fans can't stop gushing over the Super Deluxe star's rowdy avatar in the film. On the other hand, actress Amala Paul is right now enjoying the lockdown period at her house in Kerala. The Aadai fame often shares some glamourous pictures of herself on Instagram.

Amidst all, a latest report published in a leading portal suggests that Vijay Sethupathi will next be seen in a Tamil romantic anthology, produced by Isari Ganesh under Vels Film International. Interestingly, the report further states that Amala Paul will also be a part of the film. However, there is no official confirmation about the same.


For the unversed, the anthology is reportedly titled as Kutti Love Story. The film will have four stories which will be directed by Gautham Vasudev Menon, Nalan Kumarasamy, AL Vijay and Venkat Prabhu. Vijay Sethupathi is said to be featuring in Nalan Kumarasamy's story, whereas, Amala Paul is likely to feature in Gautham Vasudev Menon's film. The makers are yet to make an official announcement about the cast.

Also Read : Laabam Trailer: Vijay Sethupathi's Double Role Will Leave You Intrigued!
Talking about Vijay Sethupathi, the actor is playing the antagonist in Lokesh Kanagaraj's Master. The film also stars Vijay, Malavika Mohanan and Andrea Jeremiah in the lead roles. The film's release has been kept on hold due to the Coronavirus pandemic. On the other hand, Amala Paul will be seen in two Tamil films, Adho Andha Paravai Pola and Cadaver. She is also a part of the Malayalam project titled, Aadujeevitham. 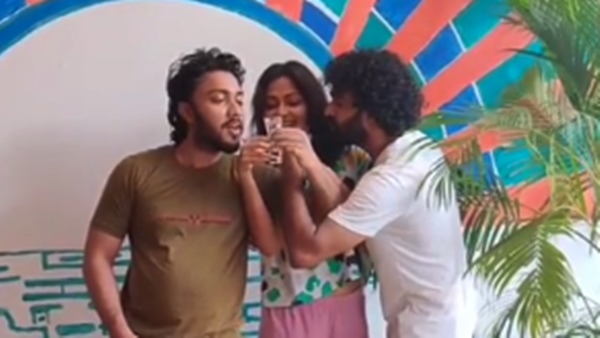