Vikram, the National award-winning actor, and his son, the young actor Dhruv Vikram are all set to join hands with talented filmmaker Karthik Subbaraj. The movie, which has been tentatively titled as Chiyaan 60, is one of the most-awaited upcoming projects of the Tamil cinema industry, right now. Reportedly, the team has finally zeroed in the main location of Chiyaan 60.

If the latest updates are to be believed, the Vikram-Dhruv Vikram starrer will be majorly shot at the various locations of Kodaikanal. The rumour mills suggest that director Karthik Subbaraj and his team are currently busy with the final stage of pre-production. The leading men Vikram and Dhruv, on the other hand, are busy with the preparations of the movie.

As reported earlier, Vikram is said to be playing the first out-and-out negative character of his career in Chiyaan 60. Dhruv Vikram, on the other hand, is playing the positive lead. Both the actors are said to be appearing in unique get-ups in the movie. Dhruv Vikram's transformation for the project had recently gone viral on social media.

The grapevine also suggests that the Vikram-Dhruv Vikram starrer is titled as Thiravukol Madhiravadhi. The gossip mongers suggest that the team has already finalised this title for Chiyaan 60, and an official announcement on the same is on the way. However, there is no official confirmation on this report yet.

The makers are yet to finalise the female lead and rest of the star cast of the movie, which is said to be a gangster thriller. However, the source suggests that some prominent faces of Tamil cinema and Bollywood are in talks to play the pivotal roles in the project. Anirudh Ravichander composes the music for the movie, which is bankrolled by 7 Screen Studios.

SP Charan On Ajith's Absence At SPB's Funeral: How Does It Matter If He Comes In Person Or Not? 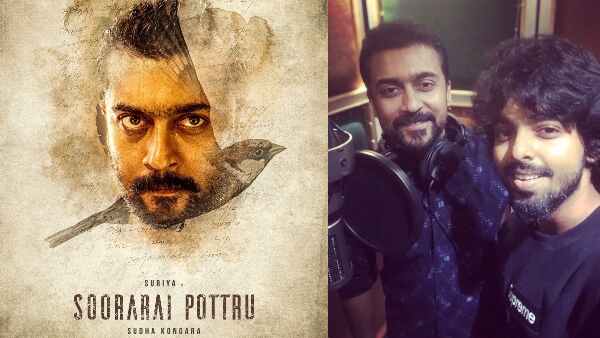