Madras High Court recently sent a legal notice to actor Vishal and director MS Anandan, after the production house Trident Arts filed a case against them to stop the OTT release of the actor's next Chakra. As per the production house's plea, Vishal reportedly owes them Rs 8 crore as compensation after the poor box office performance by his last film, Action, directed by Sundar C. The high court has decided to conduct a hearing in the presence of Vishal and MS Anandan.

Notably, in the plea to the Madras High Court, Trident Arts claimed that Vishal's last film Action was earlier planned to be made on a small budget, but it was the actor who convinced them to spend Rs 44 crore on the project. They further added that he even promised them to bear the loss, if Action failed to make a minimum collection of at least Rs 20 crore at the box office.


Unfortunately, Action failed to make a mark at the box office and managed to earn only Rs 7.7 crore and Rs 4.4 crore in Tamil Nadu and Andhra Pradesh-Telangana, respectively. Vishal reportedly agreed to act in one more film Chakra, directed by MS Anandan under the same banner to compensate for the loss of the 2019 film. However, the production house got a shock after finding out that Chakra is being produced under the actor's banner Vishal Film Factory and their decision of releasing it on OTT platform.

In the plea, Trident Arts further alleged that Chakra's script is the same which they had planned to produce. Hence, the production house has urged Madras High Court to hold the release of Vishal's next until their disputes are resolved. Now, the production house seeks Rs 8.29 crore from Vishal as a compensation. Vishal and Anandan will have to reply to the notice by Thursday (September 24).

Also Read : Meera Mitun Finds Genuine Pal In Kollywood, Says Vishal Is Her True Friend 'Inspite Of Nepotism'
Talking about Chakra, the film also stars Shraddha Srinath and Regina Cassandra in key roles. The actor has planned to release Chakra on Diwali 2020 on OTT platform, but this notice might delay its release. 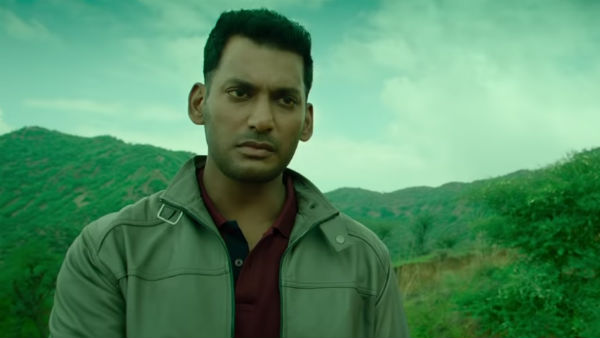