Innumerable fans and followers of Thalapathy Vijay are thrilled to watch Master after eagerly waiting for almost 10 months. The film's previous release date April 9, 2020, was postponed owing to the COVID-19 pandemic and the subsequent lockdown.

Well now, the massive release of the film ahead of Pongal has enthralled the fans who have been sharing their thoughts about Master on social media. Actress Keerthy Suresh, who has time and again expressed that she is an ardent fan of Vijay, took to her Twitter space to share picture from FDFS (first day first show) which she attended today (January 13, 2021).

The beautiful actress tweeted, "Can't even describe how ecstatic it feels to be back at a theatre after waiting for a whole year, and what's even better? It's for #Master Ithu #MasterPongal da! #MasterIsHere." Interestingly, Keerthy also tagged most of the cast and crew members of the action-entertainer in yet another tweet.

Can’t even describe how ecstatic it feels to be back at a theatre after waiting for a whole year, and what’s even better? It’s for #Master 🔥

Though the tweet garnered huge love from netizens, a section of social media users slammed the theatre for not encouraging social distancing. A few have also complained about the 50% occupancy of theatres. Let us tell you that the picture shared by Keerthy Suresh shows audience sitting together, without following social distancing norms. Though only 50% occupancy has been allotted to theatres, the picture says otherwise which has indeed irked many. 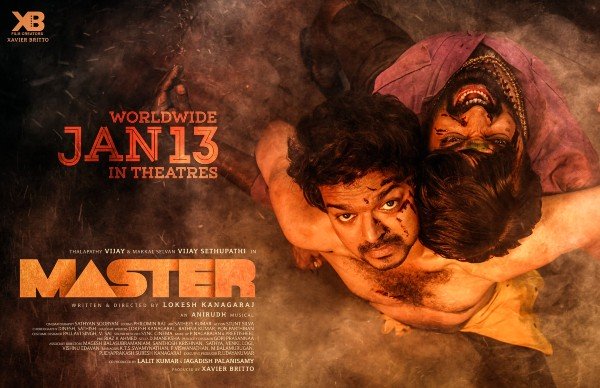