Love is indeed in the air! Valentine's day is here and the world is celebrating the day of love with surprises, gifts, warm hugs and kisses for their beloved ones. Unlike other years, the love-struck day is going to be a low-key affair in some regions due to the restrictions in place owing to the COVID-19 pandemic.

Well, at this point of time, what can come as a saviour is a movie date with your special one. Films are indeed the best means to get inspired and to express how much you love your beloved. So, what are you waiting for? Set the mood lights on, munchies aside, sit back and enjoy, and yes, keep the tissues ready, as you will need them while watching the movies we have compiled specially for you!

Our picks for today are 5 Tamil romantic films that ruled the theatres like a boss and are still the favourites of many. Here we go!

Though Suriya has time and again proved that he can portray the role of a lover boy with utter ease, his impeccable performance in Gautham Vasudev Menon's iconic film Vaaranam Aayiram made jaws drop.

Notably, the actor played a double role (father and son) in the film, which was highly praised by both critics and audiences alike. This romantic drama also featuring talented actresses Simran, Sameera Reddy and Divya Spandana shows you immense love, unbearable pain and unforeseen goodbyes that will make you love the film forever! And yes, don't forget to lend your ears to the songs of the movie composed by Harris Jayaraj.

It wouldn't be wrong to say that we yearn for the sequel of Gautham Vasudev Menon's yet another romantic drama Vinnaithaandi Varuvaayaa.

Starring Trisha Krishnan and Silambarasan in the lead roles, the film revolves around the love story of Karthik, an engineering graduate who falls madly in love with Jessie, who is from a conservative family. We are sure after watching the film, you might go straight to your social media handle and search for the posts of the director to get an idea of how he manages to bring the complete essence of his characters through actors on the big screen.

Well, we can't thank Gautham enough for his fantastic story and yes we still want the sequel! AR Rahman's music for the romantic film actually adds soul to the film. So check out!

OK! So if you are dating someone who was never a part of you school days, then watching '96 might be a bit risky for you! Guess why? The film directed by C Premkumar featuring Vijay Sethupathi and Trisha is all about a school reunion and will indeed take you back to the good old days when you secretly crushed on your childhood sweetheart, at a time when loving someone was only filled with innocence with a heart full of love.

The film which released in 2018 received appreciation from across the world especially for the lead actors' awe-inspiring performances as Ram and Janu. '96 has music composed by Govind Vasantha.

Can you believe its been 9 years since the release of Nayanthara-Arya's Raja Rani! Directed by celebrated filmmaker Atlee, the film revolves around a newly-wed couple who find it difficult to 'adjust' with each other owing to unpleasant incidents that occurred in their respective past relationships.

The film's mantra is very simple. Living in the past will not do any good to your present life. So move on, be happy, live you life to the fullest and you will find the right person at the right time. Also starring Nazriya Nazim and Jai, the romantic family film has music composed by GV Prakash Kumar.

A list of romantic movies, and we miss out on Alaipayuthey? No way! The romantic drama featuring R Madhavan and Shalini is our next pick for you. The film released in 2000 revolves around an engineering graduate and a medical student who fall head over heels in love and elope to start a new life together.

Though the film shows the duo's conflicts on even the smallest things, what makes them realize is that 'understanding' is the core to any relationship, which the director Mani Ratnam has been able to convince the audience through his actors. The songs of Alaipayuthey composed by the one and only AR Rahman is unmissable. So plug in your earphones, share it with your beloved and feel the music, because love is indeed in the air! 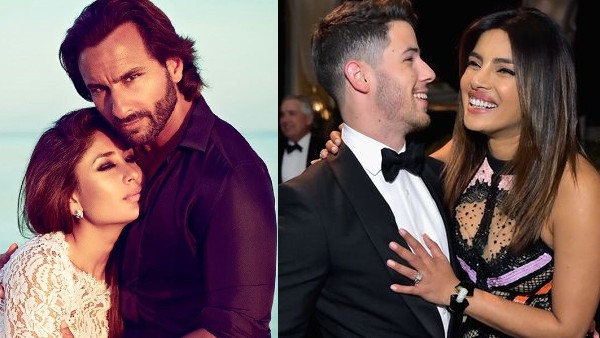