Did the anthology film succeed in impressing the cine-goers? Read the reviews of all the five segments of Putham Pudhu Kaalai, here...

The segment which is directed by Sudha Kongara, features Jayaram, Urvashi, Kalidas Jayaram, and Kalyani Priyadarshan in the lead roles. Ilamai Idho Idho revolves around two middle-agers who fall in love and decide to spend a few days together. However, they are forced to stay together for 21 days more, as the Nation goes into complete lockdown.

It is an absolute treat to watch Jayaram and Urvashi back together on-screen, after so long. The pair lits up even the average scenes with their fantastic chemistry, so does Kalidas Jayaram and Kalyani Priyadarshan. Even though the movie falters at a few places, GV Prakash Kumar's amazing music and the performances save the day. R Madhavan's narration is an added bonus.

This is not a film that you expect from Gautham Menon. The talented filmmaker has totally moved out of his comfort zone for this segment of Putham Pudhu Kaalai, which narrates how the relationship of an estranged grandfather and granddaughter evolves amidst the lockdown. MS Bhaskar is amazing as the tech-savvy 'Thatha', while Ritu Varma perfectly plays his prejudiced granddaughter, whom he fondly calls 'Kanna'.

The well-written segment has portrayed the changing dynamics of the duo's relationship with a slow yet steady narrative. The scenes that focus on how senior citizens adapt to technology, and the new-found WFH routine of professionals, are truly entertaining. The music too has played a great part in elevating the whole experience. This is unarguably one of the best segments of Puthum Pudhu Kaalai. Welcome back Gautham Menon!

This segment, which is helmed by Suhasini Maniratnam, revolves around the story of an elderly couple and their three daughters. The elder daughters who visit their ailing mother and father, help their parents to reconnect with their adamant much-younger sister, who left home. Real-life cousin sisters Suhasini Maniratnam, Anu Hasan, and Shruti Haasan have played sisters in the movie. Komalam Charuhasan, the mother of Suhasini has played her on-screen mother, while senior actor Kaathadi Ramamoorthy appears as the father.

The movie does manage to touch the heart with its emotional theme but falters when it tries to go beyond the melodrama. It has touched so many subjects in the available running time, but just mentions and forgets all. The narration reminds us of old Tamil family dramas, which is a major let down. Coffee, Anyone? did have the potential to grow beyond all these flaws.

This Rajiv Menon-directed segment in Putham Pudhu Kaalai is the story of Dr Vikram, who helps his old friend Sadhana to rediscover herself, with the help of his old mother. Popular Carnatic musician Sikkil Gurucharan appears as Vikram, while Andrea Jeremiah plays Sadhana. Leela Samson has played the role of his mother. Reunion is a complete surprise package, that is filled with hope and positivity.

The narrative wisely reuses the much-loved songs from Rajiv Menon's earlier films, which truly makes the scenes more effective. The performances, dialogues, the poetic touch in the climax, the visuals (after all, it is a Rajiv Menon film), are simply on point. Reunion from Putham Pudhu Kaalai is refreshing and positive.

Karthik Subbaraj once again proves why he has been considered as one of the finest filmmakers of the industry, with the last segment of Putham Pudhu Kaalai, Miracle. This segment, which is the shortest in runtime compared to the other segments, revolves around the life of two small-time thieves who struggle without food and money, in the lockdown.

The narrative introduces us to an alter-universe created in the typical Karthik Subbbaraj style, with crackling comical moments and a few well-placed twists. Bobby Simha and Sharath Ravi are perfect as Devan and Rocky, while K Muthu Kumar and Ezhil Arasan Babaraj shine as director Michael and Guruji, respectively. The technical aspects, especially the background score, visuals, and art direction, are totally on point.

Putham Pudhu Kaalai is a lovely compilation of five simple yet beautiful stories, that reinstate the power of new beginnings. If you are ready to ignore the minor flaws, this anthology will bring you the much needed shots of love and hope amidst the pandemic. 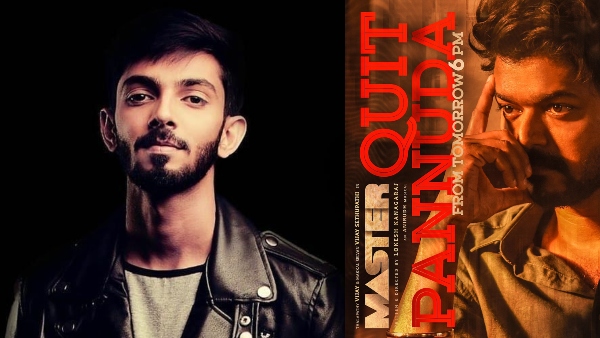