Gul Khan's Yehh Jadu Hai Jinn Ka, which stars Vikram Singh Chauhan and Aditi Sharma in the lead roles, has been hitting headlines since its inception. The show has been doing really well on BARC chart as well as online TRP charts, due to which it got extension. The makers are leaving no stone unturned to keep the viewers hooked to the television screen. As per the latest report, Surbhi Jyoti, the popular television actress and Gul's good friend will be seen entering the show.

Surbhi Jyoti To Be Seen In Never-seen-before Avatar

It is being said that Surbhi will be seen in never-seen-before avatar on the show. As per IWMBuzz report, the actress will play the role of a red moon princess. she will be seen fighting her own battle for powers. A source was quoted by the portal as saying, "Surbhi's character will want to get her powers to become the queen of Laal Chand." This sounds interesting!

Recently, Surbhi and Gul shared a few pictures on their Instagram accounts. The actress captioned pictures as, "जादू छाने वाला है 💫 With @gulenaghmakhan 💥" She also shared an adorable picture snapped with Gul and wished the producer on her birthday, which is today (March 5).

Gul also shared a few pictures snapped with Surbhi and captioned them as, "Who is always on the phone ! 💁‍♀‍ @surbhijyoti" and "Sunshine and jyoti @surbhijyoti."

When asked about her entry on the show, Surbhi was quoted by ETimes TV as saying, "Yes I'm doing a cameo in the show and I am currently shooting."

Well, this is not the first time that the Qubool Hai actress made cameo on Gul's show. Earlier, she made a guest appearance on Star Plus' Ishqbaaz.

Are you excited about Surbhi Jyoti's entry on the show? Hit the comment box to share your views. 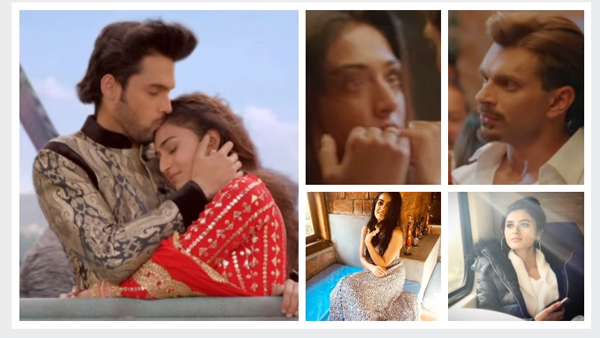