Gauahar Khan, who tested positive for COVID-19, had apparently flouted the rules and an FIR was lodged against her by Brihanmumbai Municipal Corporation (BMC). Later, Federation of Western India Cine Employees (FWICE) had imposed a two-month ban on her for the same. Now, the organisation has lifted the ban by issuing a stern warning to her.

A source revealed to ETimes TV that FWICE have a letter which read as, "You cannot be so negligent again. One more incident of such kind and we shall reinstall the ban and not lift it for a long time. Please learn to value life and don't endanger others."

As per the report, the producer of Gauahar's show had pleaded FWICE to let off Gauahar as the combination dates of other artists would get messed up and he would suffer major loss.

FWICE General Secretary Ashok Dubey confirmed the news about the ban being lifted and revealed, "Our final meeting in this regard was supposed to happen yesterday but for some reason, did not. We met today at 5 pm and decided that Gauahar's punishment can be laxed. But yes, we are giving her a letter that clearly states that she can't repeat this offence again."

FWICE President BN Tiwari also confirmed that they have given Gauahar permission to shoot now.

Recently, she was spotted outside a studio in Mumbai and sprayed sanitiser on the hands of paparazzi before posing for them. She had even schooled director Rahul Dholakia over his comment on COVID-19 symptoms.

Rahul Dholakia had tweeted, "No symptoms? Test again. There is a strong chance That you are negative. Not unusual." To this Gauahar commented, "Lol but one still has to quarantine for 14 days.Even if u are negative in reports post positive report. I know coz I have experienced the same .N won't let anyone else suffer bcoz of the confusion..quarantine of 14 days is mandatory even if u present negative reports . #awwreness." 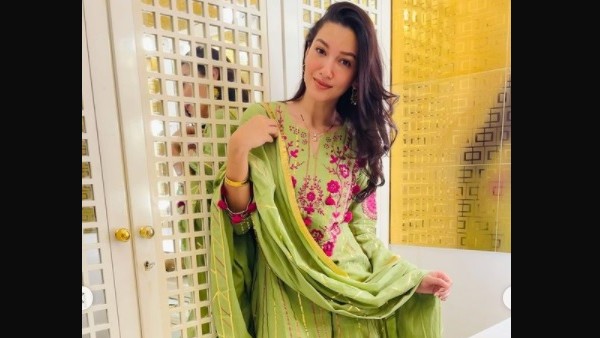 Also Read: Gauahar Khan Likely To Be Given Permission To Shoot; Ban On Her Might Be Lifted On March 30