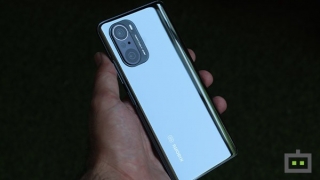 Khatron Ke Khiladi 11 has been hitting the headlines ever since it was announced. This season, the makers have lined-up popular celebrities from the entertainment industry as contestants. Currently, the stunt based reality show is being shot in Cape Town. The celebrities have been sharing some fun pictures on their social media handles, and have also revealed that they are shooting in a bio bubble and are taking with all precautions necessary due to the pandemic.

However, as per Spotboye report, the youngest contestant of this season, Anushka Sen has tested positive for COVID-19 on Monday (June 14) after entire crew underwent precautionary tests. The report suggests that the other cast and crew members have tested negative.


Now, after the actress tested positive for the virus, it is being said that other contestants too underwent tests again following the protocol. All of them have tested negative. Anushka has been sent for isolation while shooting with rest of the cast members is being continued.

Divya Agarwal On Varun Sood's KKK 11 Shoot: It Feels Like He Has Gone On College Trip With Hot Girls & Guys

However, there is no official confirmation about the same either by Anushka or by other actresses.
Apparently, before this test, the team had underwent several precautionary tests due to safety reasons.

Khatron Ke Khiladi 11 Promo: Rohit Shetty Is Back To Take You On An Action-Packed Ride Between 'Darr And Dare'
For the uninitiated, apart from Anushka, other celebrities who are participating in the show are- Vishal Aditya Singh, Nikki Tamboli, Divyanka Tripathi, Shweta Tiwari, Arjun Bijlani, Abhinav Shukla, Sana Makbul, Saurabh Raaj Jain, Aastha Gill, Mahekk Chahal and Varun Sood. The show hosted by Rohit Shetty will go on-air in July.