Rubina Dilaik has been in the news since her Bigg Boss 14 stint. The actress with her boss lady attitude and genuine game, won millions of hearts and Bigg Boss 14 trophy as well. While her fans are extremely happy with her victory, there is a section of audiences, who feel that she was the fixed winner by the channel. Rubina has clarified to the trolls who question her about the same during a recent live session on Instagram.

She said, "I often come across this question, more from trolls asking me whether I'm a fixed winner of Bigg Boss 14." The Shakti-Astitva Ke Ehsaas Ki actress questioned the trolls if it is really possible in a reality show!


Rubina said, "I want to ask you all. Do you all think that it is possible in a reality show? In a show like this, viewers have to decide whom to vote for. It depends on that."

During the live chat, she also clarified about the speculations around her participation in Khatron Ke Khiladi. She told her fans that this year she isn't doing the show as she has taken up Shakti and wants to do the show with full dedication. However, she also added that she has a few surprise for her fans. She added, "Rest, let's keep it a surprise because I love surprising my fans."

The actress will be seen in a music video that features ex-Bigg Boss contestant Paras Chhabra. The duo had shared a video and asked fans to guess the title of the song.

Rubina, who played the role of a kinar (Soumya) in Shakti-Astitva Ke Ehsaas Ki, had quit the show last year in January as the show was all set to take a generation leap. Post Bigg Boss 14, the makers approached the actress to return and finally, here she is! Fans are super excited about her return to Shakti. 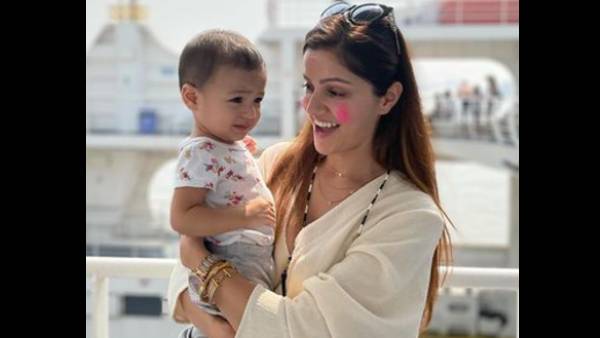 Also Read: Rubina Dilaik Shares Pic With An Adorable Baby, Nikki Tamboli Has An Epic Question For Her And Abhinav Shukla