Sony TV's dance reality show Super Dancer Chapter 4 judged by Shilpa Shetty Kundra, Geeta Kapur and Anurag Basu, has been getting a lot of positive response from the viewers. The super-talented contestants are not leaving any stone unturned to mesmerize judges as well as the audience with their amazing dance performances. Interestingly, Super Dancer 4 has become one of the favourite shows of many celebrities.

Amidst all, the channel has recently shared some promos of the show, in which one can see veteran singer Kumar Sanu gracing the show in the upcoming weekend episode. For the Kumar Sanu Special, contestants will be giving tribute to the legendary singer by performing his famous songs from the 90s.

In the videos that went viral on social media, Kumar Sanu can be seen getting impressed with the kids' performances on his famous tracks like 'Ladki Badi Anjani Hai', 'Pyaar Ko Ho Jaane Do' and so on. Well, Sanu da's appearance has not only left contestants excited, but judge-actress Shilpa Shetty too got overwhelmed with his presence. 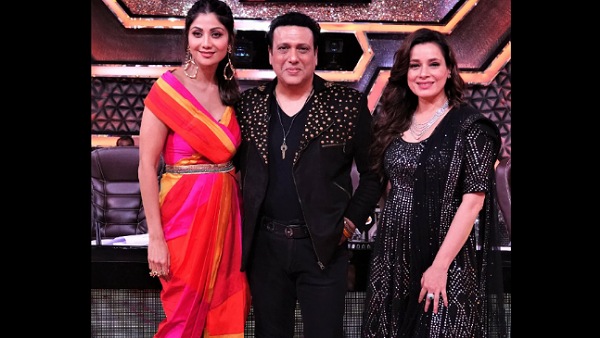 Super Dancer 4: Get Ready For Govinda-Neelam Special Episode This Weekend

The actress will be seen setting the stage on fire as she danced to Kumar Sanu's popular songs during the special episode. For the unversed, the singer has sung popular songs like 'Chura Ke Dil Mera', 'Tum Dil Ki Dhadkan Mein' and many others for Shilpa Shetty's films. Fans can't wait to see the special episode of Super Dancer Chapter 4 this weekend.

Super Dancer 4: Neelam Has THIS To Say After Meeting Govinda After So Many Years
Earlier, Govinda and Neelam Kothari had appeared on the show and recreated their iconic song 'Aap Ke Aa Jane Se' on the show. Now, after this update, let's wait for the 'Kumar Sanu Special Episode' of Super Dancer Chapter 4.