Star Plus' new show Banni Chow Home Delivery, which stars Ulka Sharma and Pravisht Mishra in the lead roles, has been receiving immense love from fans. The show made a smashing entry on TRP chart and secured the second position on BARC chart.

However, recent video of Ghum Hai Kisikey Pyaar Meiin actress Aishwarya Sharma didn't go down well with fans. The actress had shared a video on her Instagram stories in which, Aishwarya was seen smiling and asking her co-stars, "Kaunsa...kaunsa delivery" while Thanvi Thakkar, who plays the role of Shivani in the show replied, "Home Delivery". Fans thought she is making fun of Star Plus' new show Banni Chow Home Delivery and they started trolling Aishwarya.


One of the users shared the video and captioned it as, "Shock lag gaya hai kya Bubi and team ko 😂😂. But tell me ye #BanniChowHomeDelivery ka mazak uda rahi hai kya 🙄😑? M so proud to stan my #AyeshaSingh she never is part of Bubi's clownery! 😒. Baby is drinking water, there, ALONE 🥺🥺 #GhumHaiKisikeyPyaarMeiin." Another user commented on the user's post, "Shameless."

Ulka, who plays the lead role in BCHD, came out in support of Aishwarya and mentioned that the joke wasn't on their show.

She shared a picture of herself and captioned it as, "Guys really disappointed today. Some people have completely misunderstood @aisharma812's recent Insta story talking about 'home delivery'. Some of you assumed it was an attack on us or an act of mocking our show #Bannichowhomedelivery. Bt it was rather an insider joke meant to tease their fear friend so... PLEASE PLEASE STOP SPREADING HATE AND TROLLING PEOPLE. I'm really hurt after watching those troll edits. Let's not misinterpret and complicate things anymore. @bhatt_neil & @aisharma812 are my dear friends, I'm an admirer of their work and Ohh what a lovely couple they make. Lots of Love and Best wishes to #gumhaikisikepyaarmein #starpariwaar #starplus."


Aishwarya also thanked Ulka for her support and shared the picture with caption, "Thank you so much @ulkagupta You are a sweetheart. We also admire you and your show #bannichowhomedelivery!! So happy the show has been received so well Kudos to the team and best wishes." 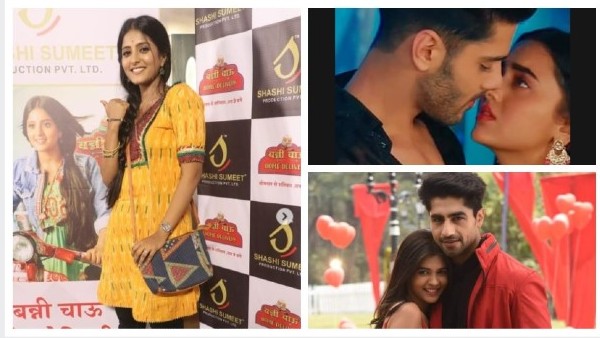 Ulka Gupta Says She Was Typecast In Bollywood After Doing Simmba; Calls Ranveer Singh A Very Humble Actor
To this Ulka wrote, "I know for sure that us actors/artists will never ever try to bring each other down for we all share the same hustle, passion and sensitive heart."