Mahabharat fame Nitish Bharadwaj recently announced his separation from his Smita Gate. For the unversed, Nitish had got married to IAS Officer Smita Gate in 2009 and they have twin daughters, who are currently staying with their mother in Indore.

Nitish Bharadwaj informed the Bombay Times about his separation and said that he has been lucky. The Samantar actor said, "Yes, I filed for a divorce in the Family Court in Mumbai in September 2019. I do not want to get into the reasons why we separated. The matter is in court right now. All I can say is that sometimes divorce can be more painful than death as you live with an amputated core."

For the unversed, Smita Gate is Nitish's second wife. He had got married to Monisha Patil in 1995 and got divorced in 2005. In conversation with the portal, Nitish Bharadwaj opened up about the institution of marriage. He said, "I am a firm believer in the institution, but I have been unlucky. Generally, the reasons for the breakdown of a marriage can be infinite, sometimes it's because of an uncompromising attitude or lack of compassion or it could be a result of ego and self-centred thinking. But it's the children who suffer the most when a family breaks down. So, the onus is on the parents to ensure that there's minimum collateral damage that their children have to go through."

2 Years Of Kedarnath: Nitish Bharadwaj Says He Felt Like Throwing Sushant Singh Rajput Out Of His House

When asked if he is in regular touch with his daughter, the actor said, "I would like to reserve my comments on whether I am able to meet them or not." Looks like the couple is fighting for their custody. Talking about Nitish Bharadwaj, the actor has featured in TV shows like Mahabharat, Vishnu Puran, Ramayan, Man Mein Hai Visshwas and so on. 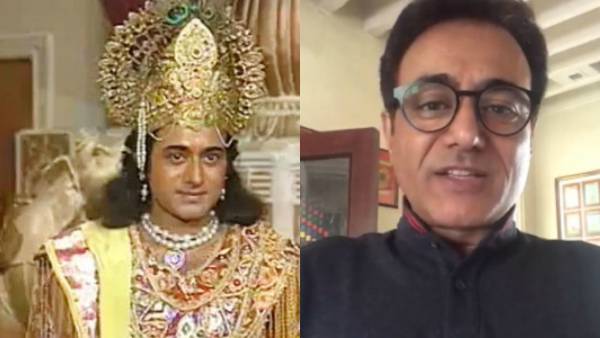 He has also acted in films like Trishagni, Sangeet, Prem Shakti, Mohenjo Daro, Kedarnath and so on.