Celebrities are often judged by the public. They have to be active on social media to stay connected to their fans, and also at times to bag projects. They keep their fans updated by sharing pictures on their social media. Although many of them like their pictures, they are often targeted by trolls. From Urfi Javed, Ankita Lokhande to Nia Sharma and Sanjeeda Shaikh, take a look at actresses, who are often trolled for their bold looks.

Kasautii Zindagii Kay's Urfi Javed, who was seen in Bigg Boss OTT, often grabs headlines for her bold and bizarre style on social media. Although the actress is criticised for her weird fashion sense, she doesn't bother and shares new and unique looks every day.

Ankita Lokhande graced an event along with her husband Vicky Jain. At the event, she was seen wearing a shimmery blue dress with a plunging neckline. Although she looked stunning, she was trolled by many for her choice of outfit.

Nia Sharma, who is known for her fashion sense. She often gets trolled for her bold outfit. However, everytime she is trolled, she gives befitting reply to haters. In an interview, she said that she can't wear something because the trolls don't like it.

Sanjeeda Shaikh is known for her glamorous and bold avatar on Instagram these days. She was in the news for parting ways with Aamir Ali. The actress often gets trolled for sharing bold pictures. 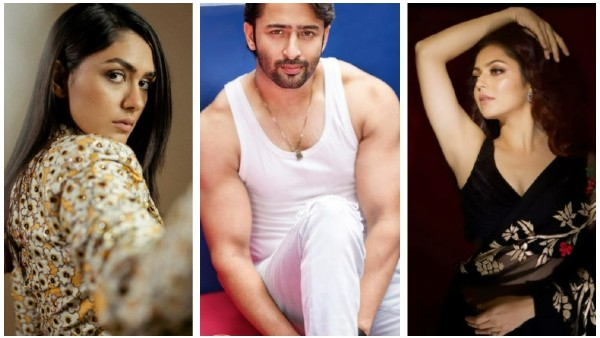 Devoleena Bhattacharjee had shared a video of her belly dancing which also went viral on social media. However, she was trolled for going bold in reference to her on-screen character Gopi bahu from Saath Nibhaana Saathiya.