Radhika Apte is all over Netflix! She has done shows like Lust Stories, Sacred Games and Ghoul! Recently, the actress bagged an International Emmy nomination and Netflix shared a poster of Radhika and captioned it, "All hail our one true queen @radhikaofficial. 👑👑👑 Congratulations on your International Emmy nomination!" - (sic). As soon as the online streaming giant shared the news, netizens flooded the post with hilarious comments. Netizens called her Netflix's 'mummy' and 'adopted child'.

Well, this is not the first time that the digital platform and the actress became the target of trolls. It has to be recalled that Radhika's constant presence on Netflix's shows had paved the way for hilarious memes. Netflix has also been giving back to the meme-makers with its humorous responses. Take a look at the latest trolls!

Aarjavjogani: If Netflix made a biopic on Radhika Apte, they'd probably cast Radhika Apte. (not complaining)

Radhika Apte Couldn’t Believe That She Was Nominated For Emmys

Meanwhile, Radhika is thrilled at being nominated for the Emmys. HT quoted the actress as saying, "I found out [about the nominations] yesterday (Thursday) when Anurag told me in the evening. I obviously could not believe it and had to ask him five times like is this the Emmys?... So yes, I wasn't expecting this. It's overwhelming. So many people messaged and called personally - family, friends and industry friends."

The Actress Is Thrilled

She told IANS, "The new digital platforms have made it possible for us to better our content and have given us the platform to put it up. I'm absolutely thrilled that both Sacred Games and Lust Stories are nominated." 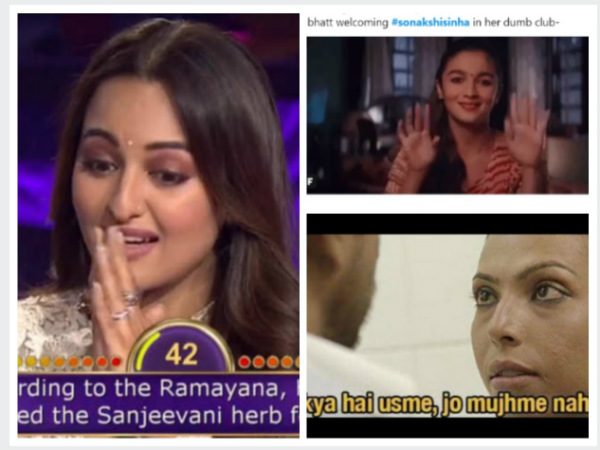 Most Read: Sonakshi Sinha Trolled After Failing To Answer A Question On KBC 11; #YoSonakshiSoDumb Trends