Richa Chadha penned a heartfelt and touching appreciation note for her fiancé Ali Fazal, just before the release of Mirzapur 2 trailer. Richa praised his ability to completely transform from one character to another on screen, and lovingly called him 'my Hollywoodia Bollywoodia', referring to how he can chill with Hollywood actor Judi Dench with whom he worked in Victoria and Abdul, while also competing to be 'Mr Purvanchal' through projects like Mirzapur and Fukrey.

Richa shared a picture of Ali flexing his muscles in front of the mirror and captioned the post, "When @yehhaimirzapur released, people said bae @alifazal9 was a revelation! Because they'd seen him only in softer parts. But that's an actors job! To become almost unrecognisable from one part to the next. My Hollywoodia Bollywoodia does that quite well! He can be chilling with Dame Dench with ease, while competing to become Mr Purvanchal !"

Mirzapur is an action crime thriller web series. The second season has been directed by Gurmmeet Singh and Mihir Desai. Apart from Ali, it also features Vikrant Massey, Pankaj Tripathi, Rasika Duggal and Shweta Tripathi. Mirzapur 2 is all set to release on October 23 on Amazon Prime Video. 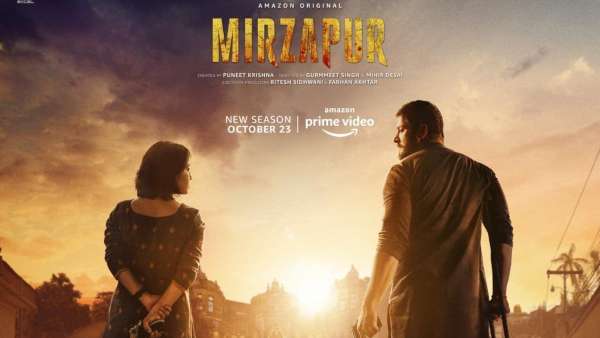