Hopes and aspirations of the Indian middle-class encapsulates the heart of Gullak, as we find ourselves transported into the contemporary, North Indian household of the Mishras yet again. Reliving their idiosyncrasies and dreams, each character embarks upon newer journeys, tied together by their love and fondness for each other. After receiving rave reviews and many accolades for the first 2 seasons, SonyLIV and TVF are all set to bring the third season of Gullak and the myriad stories of the beloved Mishra Parivar on April 7.

Since its premiere in 2019, the series has been a fan-favourite because of its relatable storytelling and outstanding casting. After two seasons of emotionally charged stories, the audience has been clamouring for more ever since the last season ended. The show continues with Jameel Khan, Geetanjali Kulkarni, Vaibhav Raj Gupta, Harsh Mayar and Sunita Rajwar reprising their respective roles.


Gullak has found resonance with every middle-class Indian- metropolitans and small towns alike. The values and ethos, coupled with the abject sentimentality and brutal pride that comes with honesty despite limited means, finds a blissful telling with Gullak. The Mishras live a simple, yet happy life helmed by the head of the family Santosh Mishra (Jameel Khan), who is a stereotypical Indian father encapsulating the family with strict values and love. Shanti Mishra (Geetanjali Kulkarni) is the mother, keeping the family rooted and grounded amid stormy difficulties. With their sons Annu (Vaibhav Raj Gupta) and Aman (Harsh Mayar), the family transports viewers into a familiar family life- spruced with the contemporary. This season, the characters will be seen reliving their idiosyncrasies and dreams as each embarks upon newer journeys, tied together by their love and fondness.

The third season picks up after each of the family members have moved on to the next chapter of their lives, having overcome persistent hurdles that they face in their daily existence. Through all the bickering and squabbling, some failures,and some fulfilled dreams, what holds them together is the strong bond that they share and the memorable anecdotes that they have to offer along the way.

Ashish Golwalkar, Head-Content, SonyLIV, Sony Entertainment Television, Sony Pictures Networks India said, "We anticipated a great response to Gullak, but what we received was unprecedented. The audience loved the characters, the story, and everything that came with the show. This was reason enough to renew the series for the third time. It has resonated well with audiences due its compelling narrative, stellar cast, and honest depiction of a simple, middle-class Indian household. We are excited to partner with TVF once again to tell this beautiful story and are hopeful for a bigger and better season 3."


Palash Vaswani, Director said, "Gullak instantly connected with the audience because of its simplicity. People instantly connected with the experiences of an Indian middle-class family and their way of living.With the third season, our aim was to hold on to that sentiment and strengthen it with relatable instances and humour that make the story beautiful. It is a huge responsibility to deliver on expectations, and we hope our viewers enjoy this season as much as the previous ones."

Actor Jameel Khan said, "Gullak's power is in its relatability. It is a telling tale of the life of a common man. So, Indians across ages and geographies have related to the story and characters. This season will further bring out the well-crafted nuances of life in that stratum of society. The characters are more fleshed out as the story progresses. It was a very humbling experience for me to be a part of Gullak and play Mr. Mishra, who is so much like me in real life." 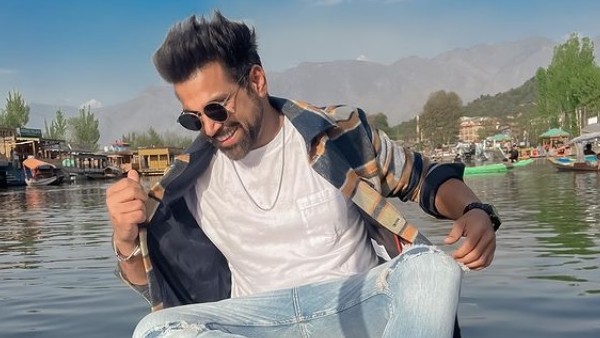 Rithvik Dhanjani Reveals Why He Has Not Been Doing Fictional Shows On TV; Talks About Web Shows

House Of The Dragon To Premiere On August 21, Makers Unveil New First Look From Set
Geetanjali Kulkarni said, "The show has an honest and compelling storyline,which aligns with its distinct yet relatable characters. These individual stories will be explored in greater depths this season. Gullak's USP is its strong writing, which makes people relate to the characters and live through them. The characters have all matured in all aspects, and that reflects on how they handle things this season. I have loved playing Shanti Mishra, the assertive, strong woman who stands her ground while being the rock of the family, holding everyone together. I can't wait to see how people receive the third season."