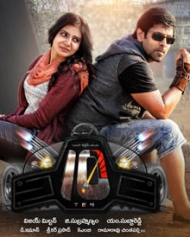 Vikaram and Samantha are played the main lead roles along with Jackie Shroff, Pasupathi, Manobala, Rahul Dev, Ramdoss, Ajay, Abhimanyu singh and many others are seen in supporting roles in this movie. CHarmi Kaur made special appearance in item song.

Vikram plays a car driver who is known for his speed behind the wheel. He is a man without identity and any names. Attributed as the best driver in the whole of Chennai, the entire story revolves around him and his uber cool car stunts.

His life takes a turn when he comes...