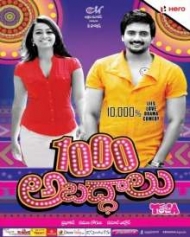 Satya (Sairam Shankar) is the owner of an advertising company and he falls in love with already-engaged Satya (Esther) after seeing her generous nature. In bid to marry her, he tells several lies. After marrying, she comes to know about his lies. What happens next will forms rest of the story, which should be watched onscreen.

Sairam Shankar, who has played an ad company owner in 1000 Abaddalu, has delivered wonderful performance. His dialogue delivery is very impressive in the film. He is at complete ease in dance, comedy and romantic scenes. But his robot...