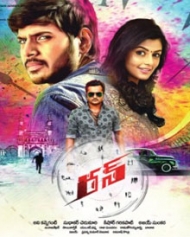 Sanju (Sundeep Kishan) is an engineer who has lost his job in Hyderabad. He borrowed money for his sister's marriage from notorious money lender Vatti Raja (Simhaa), and months later when unable to pay him back, finds the goon hot on his heels.

As he is jobless, he is also turned down by his girlfriend Anisha Ambrose's father, who he was about to marry.

'Run' has few remarkable moments, that appear at the...