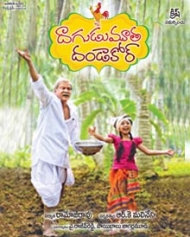 Movie is all about a family values and about instill lost family traditions into the audiences, Rajendra Prasad is a respectable person living in Village. He stays rooted in the village since he does not want to depart from traditional life style and farming. One of his sons, along with his wife and daughter Bangaram (Baby Sara) accompanies his parents in the village.

The other children of Rajendra Prasad who have settled outside the...