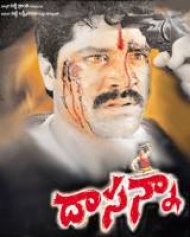 U | Action Romance
Release Date : 12 Mar 2010
Cast : Srihari, Meena
Director : D S P
Synopsis
Dasanna is action drama based movie in which, Srihari and Meena playing the lead roles. Dasanna movie is directed by DSP and Produced by Natti Kumar under the banner of Visakha Talkies, the film is presented by Natti Lakshmi Karuna.

Posani Krishnamurali and Suman are playing key roles in the movie. The story of the film had several elements like family sentiment, emotions and action and was made on a big budget. The scenes that were shot in the backdrop of huge Siva idol in Kerala would definitely attract the audiences.