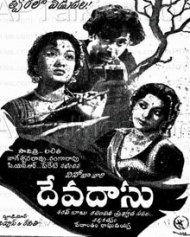 Devadasu (Akkineni Nageswara Rao), the son of Ravulapalle zamindar Narayana Rao, and Parvati (Savitri), daughter of his poor neighbour Neelakantham, are childhood friends. The zamindar enrolls his son in a boarding school in the city. When the grown-up...