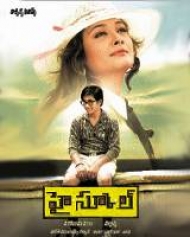 A | Romance
Release Date : 05 Mar 2010
Cast : Kiran Rathod, Karthik
Director : Narasimha Nandi
Synopsis
High School is a love story that runs between a 30-year-old woman and a 15-year-old boy in a high school. In this movie doesn't have any obscenity or vulgarity. It is an out and out commercial film and is being made with an inspiration from an Italian movie called Malina.

Kiran Rathod and Karthik are playing the lead roles in a film being directed by Narasimha Nandi and produced by Mallanna under the banner of Aiswarya Films and titled High School.