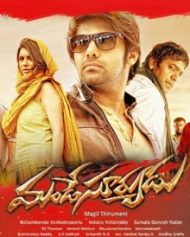 Arya Hansika Motwani are played the main lead roles along with Ashutosh Rana, Ashish Vidhyarthi, Anupama Kumar, Ramana are seen in supporting roles in this movie.

Mande Suryudu movie runs in the backdrop of Goa. Jothi Bhai is one of the drugs dealing leader in Goa and a young drug cartel employee Shiva played by Arya and Chandra played by Ramana plays undercover cops in this film. They are part of an undercover operation to bring down the drug mafia.

Jothi Bhai maintains a low profile to escape from the law and also...