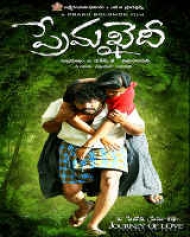 U | Romance
Release Date : 25 Aug 2011
Cast : Vidhaarth, Amala Paul
Director : Prabhu Solomon
Synopsis
Prema Khaidi is dubbed version of Tamil movie Mynaa. In which, the movie starts with an imprisoned Vidarth recalling his love for Amala Paul since childhood that becomes more intense as they grow. Though Amala Paul's mother assures Vidarth of getting them married, she changes her mind and arranges for Amala Paul to marry a man working in Dubai. Infuriated, Vidarth threatens to kill her.

He is arrested by the police and given a 15-day prison sentence. Amala Paul's mother arranges the marriage a day before his release and Vidarth escapes from prison. As the police officer Sethu and a constable Thambi Ramaiah handcuff Vidarth, Amala Paul too goes along with him as they decide to get married after he is released from prison.