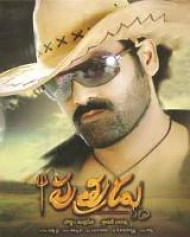 A | Thriller
Release Date : 19 Dec 2009
Cast : Indra, Tanisha
Director : Shravan Baptala
Synopsis
Puthrudu starring Indra, Bindu and Tanisha in the lead roles. Indra is playing two different roles in this film. He will be seen as medical student and an Agora in this film.

It has enough suspense and comedy to entertain all sections of the audience. Indra has done well in action sequences because he is expert in martial arts.

Puthrudu is set in the backdrop of “Parusavedi", a trick used to turn iron into gold. The film is said to be a mixture of several elements including comedy and suspense. A 45-minute of graphic work and superior quality choreography in songs are said to be big assets to the film.