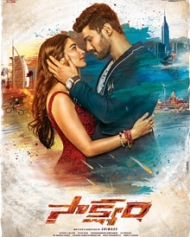 Vaibhav (Bellamkonda Srinivas), son of a wealthy couple, is orphaned at a very young age, as his parents are killed by Jagapathi Babu, Ravi Kishan & Ashutosh Rana, antagonists of the movie.

It is from this point where Vaibhav determines to seek revenge on the culprits, and how the...