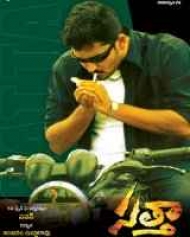 Action
Release Date : 13 Mar 2004
Cast : Sai Kiran, Madhurima
Director : Pavan
Synopsis
Satta is a Action based movie, In which there is a co-operative bank called 'Narayana Co-operative bank' in Hyderabad. Funds worth crores of rupees were transferred in to the accounts of proxies of MLA (Kota Srinivasa Rao) and minister (Costumes Krishna). When the scam broke to the public, they kill the chairman of the bank and portray it as the suicide. Chakravarthy (Sai Kiran) is sent to Hyderabad as a special recovery task manager from RBI. When he tries to extract money in a legal way from these big shots, they give a cold shoulder. Then he kidnaps all the top guns involved in the scam one by one and recovers the money.