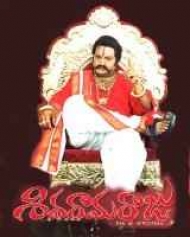 Family
Release Date : 01 Nov 2002
Cast : Jagapati Babu, Nandamuri Harikrishna
Director : V.Samudra
Synopsis
Sivaramaraju is an remake version of tamil movie Samudhiram an dit is an family based movie,  Sivaramaraju (Jagapati Babu), Rama Raju (Venkat), Raju (Sivaji) and Swathy (Monica) are siblings. They belong to a royal dynasty and at present they are orphans. Sivaramaraju takes the onus of raising his siblings. In such a situation, Sivaramaraju happens to marry off his sister to a guy whose family is on the mission of taking revenge on him.


The rest of the movie is about how these brothers deals the problems.