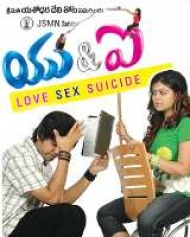 Romance
Release Date : 16 Jul 2010
Cast : Rohan, Aditi Chowdary
Director : Ranjith Belluri
Synopsis
U and I is a youthful entertainer In which, Aditi and Alisha in lead roles and the story of this movie starts with the suicide attempt by the hero Rohan (Aditya) where he meets the heroine Swathi who is also in the same situation. After meeting her, he drops the idea of taking his life.

Gradually it turns out to be a smooth and happy life for him. But the entire story flows with the kind of emotions between the hero who is enclosed within a strong wall due to his problems in life and the heroines who are of outgoing nature.

U and I is being made by Ravinder Thota under JSMN Films banner introducing Ranjith Belluri as director featuring Rohan, Aditi and Alisha in lead roles.

Read: Complete U And I Story
Cast
U And I (2010): Crew Details
U And I Movie Trailer
News
User Review
WRITE YOUR REVIEW
In Theaters Now
Upcoming Movies
Telugu Movies Box Office Collection Updates