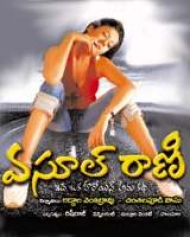 It is the story of a film in which, Kiran Rathod who believes that money is the basic criteria and anything could be done for the sake of money. She resorts to several malpractices and cheating methods in this aspect.

As per the story, a youth falls in love with that film star and gets cheated. Irked over this, he plans to murder the film star with the help of his friend. What are the repercussions of the decision is the basic theme of the movie.

Kiran Rathod’s performance as a film heroine, the romantic scenes...