Rashmika Mandanna is one among those actresses whose fan base has been growing steadily. The Geetha Govindam star has been enjoying a good outing in Tollywood as well with the actress setting up a dedicated fan base out there in the Telugu speaking regions too.

While the audiences are eagerly awaiting her next Telugu movie, which is Dear Comrade, starring Vijay Deverakonda in the lead role, here is exciting news which conveys that a twin surprise is in store for Rashmika Mandanna fans.

The Telugu dubbed version of the film has been titled Geetha Chalo and the movie will be releasing in the theatres on April 26, 2019. The trailer of Geetha Chalo is also out now.

It means that two special treats are in store for Rashmika Mandanna fans during this summer season. Two films of the actress are in the line-up in two consecutive months. According to the reports, Dear Comrade will be releasing in the theatres on May 31, 2019. 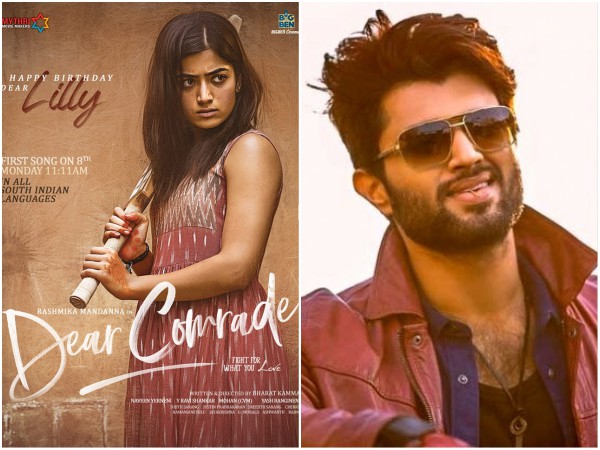 READ: Rashmika Mandanna Gets Trolled By Vijay Deverakonda On Her Birthday; DEETS INSIDE!