Actor Allu Arjun's recent visit to Kunatala Waterfalls in Adilabad has become a hot topic of debate on the internet. Activist named Raju has reportedly filed a RTI (Right To Information) petition over Allu Arjun's visit to the tourist place, which is notably closed.

District Forest Officer Dr B Prabhakar had already stated that all tourist places are officially closed with proper signboards of the announcement. However, Pushpa star's visit to the closed tourist place raised questions in the RTI activist's mind, as he recently filed a petition at Neradigonda police station.


The district forest officer told Hyderabad Times, "We have no information about his visit to Kuntala Falls. Signboards are in place informing that it is closed for tourists due to the pandemic. While he's not the first one to flout norms and do so, he should have been little responsible when visiting tourist places at this time."

While speaking about the petition, Neradigonda SI, Bharat Suman told the tabloid, "Forest officials have already taken up the issue and even we are conducting an inquiry. As the government has granted permissions for shooting, they are allowed to shoot if that's what they were doing. But we were not informed about any shoot taking place in the area either. It was also said that he was on a recce for scouting locations for the film, but that also needs to be verified."

For the unversed, when Allu Arjun visited Kuntala waterfalls, his fans gathered there on a large scale. Because of this, the actor got criticised on social media as fans didn't follow any norms of social distancing amid the Coronavirus pandemic. Now, after the petition, fans are waiting for Allu Arjun's response to the same.

Also Read : Allu Arjun's ICON Is Happening! Director Venu Sriram Refutes Rumours Of Movie Being Shelved
On the professional front, Allu Arjun is currently busy filming for his next Pushpa, which is being helmed by Sukumar. The film also stars Rashmika Mandanna as the female lead. 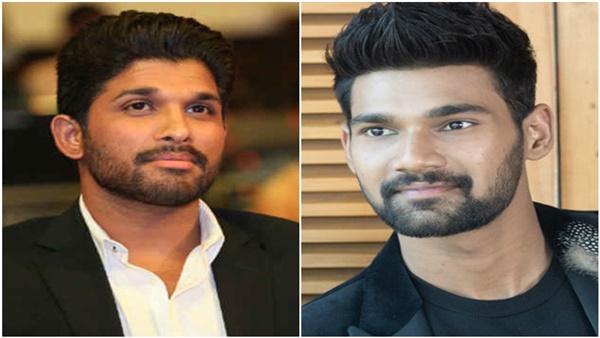