Allu Arjun is currently busy prepping for his first Pan-India project Pushpa, directed by Sukumar. The Stylish Star is not leaving any stone unturned to make the film memorable for the audience. Apart from working hard on his character, Allu Arjun is also known for planning surprises for his close ones.

The 37-year-old actor recently hosted a surprise bachelor party for one of his employees, Abhinav Natha. The staffer from Allu Arjun's team is all set to get married soon, hence, as a sweet gesture, the Ala Vaikunthapurramuloo star planned a bachelor party for him. A group photo from the occasion went viral on social media.


In the above photo, one can see Allu Arjun wearing a white hoodie and black cap. The actor and his employees are posing for a perfect group picture with a smile. And it looks like they have celebrated Abhinav Natha's bachelor party like there is no tomorrow. On the other hand, netizens can't stop praising Allu Arjun for his sweet gesture.

Meanwhile, Allu Arjun is reportedly starting Pushpa shoot this month in Vizag. The film's lead actress Rashmika Mandanna will also be joining him for the same. The makers are planning to complete the film by early 2021 so that Allu Arjun can start working on his other commitments. 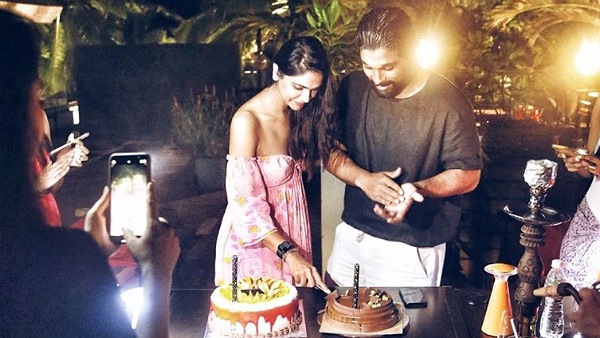