Bigg Boss Telugu season 4 hosted by Nagarjuna Akkineni has already started airing on Star Maa from September 6. Now, after almost two weeks, we got to know the TRP ratings of Bigg Boss Telugu 4's grand premiere episode. And as expected, the show has broken all the records of its previous seasons.

As per a report published in a leading portal, the premiere episode of Bigg Boss Telugu 4 has earned 18.5 points, which is indeed the best number for the first episode among all seasons. The report further suggests that Bigg Boss Telugu 1's first episode had earned 16.08 TRP rates while season 2 of the show hosted by Nani had managed to earn 15.05 points.


But ever since Nagarjuna Akkineni started hosting Bigg Boss Telugu from season 3, it has been gaining solid viewership from the masses. Notably, previous season's first episode had gained 17.9 points. This season, apart from Nagarjuna's popularity, contestants like Abijeet, Syed Sohel, Noel Sean, Karate Kalyani, Gangavva and others are also catching everyone's attention with their actions in the madhouse.

Also Read : Bigg Boss Marathi 3 Cancelled Due To Salman Khan's Bigg Boss 14?
Amongst all, Surya Kiran got eliminated in the first week of the show and Sai Kumar Pampana entered the house as the first wild card contestant. Now, after so much drama in the first and second week, it will be interesting to see what happens in the weekend episode of Bigg Boss Telugu 4. 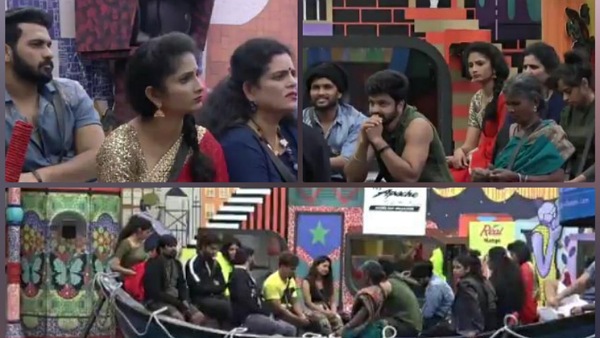