For the longest time, fans have been guessing who will play the female lead opposite Naga Chaitanya in his upcoming film to be helmed by director Parasuram. Initially, it was being said that Rashmika Mandanna would be doing the film. But soon reports about her turning down the project started doing the rounds as she only wanted to work with A-list stars.

Then, there were rumours about Samantha Akkineni being considered for the film. Since Samantha shares sizzling chemistry with her hubby Chay, it would indeed have been fantastic to see them together onscreen once again. However, the news about Sam doing the film soon died down. And now once again, we hear that Rashmika may very well end up romancing Naga Chaitanya in the movie which is reportedly titled, Nageswara Rao.

Apparently, filmmaker Parasuram is eager to sign Rashmika for his next outing as the duo worked together in Geetha Govindam and the film turned out to be a blockbuster. While there is confirmation whether Rashmika has signed on the dotted line or not, we do hope she comes on board as it would be interesting to see her share screen space with Naga Chaitanya. As per the buzz, the shooting for Nageswara Rao will start from May onwards.

The 23-year-old actress is currently on a roll as her last two releases - Dear Comrade and Sarileru Neekevvaru - tasted success at the box office. The latter came out this year on January 11 and got cash registers ringing at the ticket windows big time. The action-comedy starred Mahesh Babu in the lead.

As for Naga Chaitanya, he was last seen in Venky Mama alongside Venkatesh Daggubati and the film did pretty well at the domestic box office. The action-drama had Raashi Khanna opposite Chay and their pairing was appreciated by the viewers. At the moment, the good-looking actor is filming for Sekhar Kammula's Love Story which features Sai Pallavi in the lead as well. 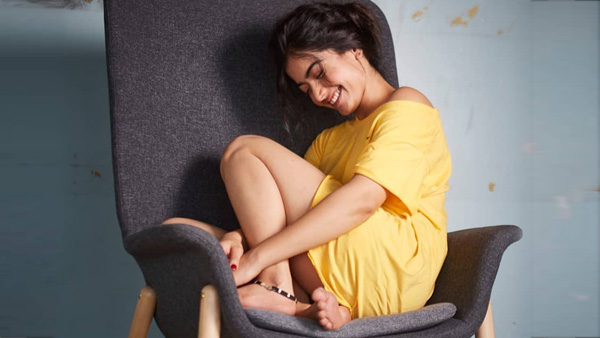 Rashmika Mandanna Refuses To Work With Naga Chaitanya For This Reason?