Are you a fan of the much-loved Samantha Akkineni? If yes, then we have some fantastic news for you. According to reports, the bubbly beauty might be roped in to play the female lead opposite hubby Naga Chaitanya in his film with talented director Parasuram. The grapevine suggests, talks are underway and an official announcement will be made in the coming days.

Sam and Chay make a terrific pair on the big screen due to there fantastic chemistry, The two were last seen together in the commercially successful Majili, their first release after marriage. The inside talk is, the Akkineni bahu's association with her Ye Maaya Chesave co-star's films up their value big time, making them hot property. Many feel, this might be the case with the Parasuram movie as well.

Interestingly, the filmmaker became a household name in 2018 when Geetha Govindam set the box office on fire and impressed fans. His film with Naga Chaitanya has the potential to establish the director as a bankable name, which makes the selection of the female lead, a crucial task.

In case, you did not know, the film was initially offered to Rashmika Mandanna, who reportedly turned it down as she wanted to work exclusively with 'top stars'. It remains to be seen whether the Kodava Beauty's loss proves to be Sam's gain.

Meanwhile, Sam is working on the Amazon Prime Original The Family Man Season 2, starring Bollywood's Manoj Bajpayee in the lead. It apparently features her in the role of a terrorist, which has piqued the curiosity. She also has the eagerly-awaited Telugu remake of Vijay Sethupathi and Trisha's 96 in her kitty.

On the other hand, Naga Chaitanya is in the limelight due to his latest release, Venky Mama, which hit screens last Friday (December 13). He is also working on a film with Sai Pallavi, tentatively titled Love Story. 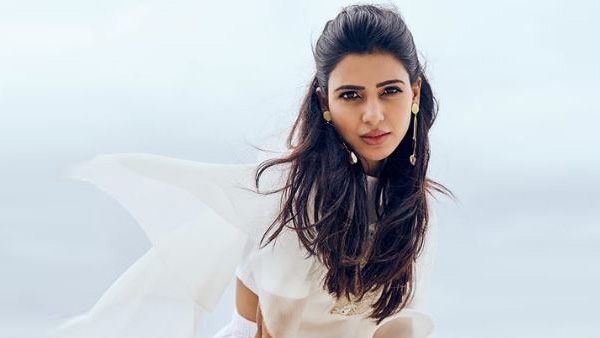