Sri Reddy, who is known for making controversial statements against biggies from the Telugu film industry, recently targeted Samantha Akkineni and Trisha Krishnan. She made some nasty comments on Samantha and Trisha's private parts, which are indeed disgusting.

In a Facebook post, Sri Reddy shared her selfie and wrote, "Samantha lemons,trisha grapes are nothing infront of me.." (sic)

Well, this comment of Sri Reddy on Samantha Akkineni and Trisha Krishnan's body parts have angered their fans. After all, Sri Reddy is known for fighting for women's right and casting couch in the film industry. However, on the other hand, she is putting the same community to shame with her uninspiring behaviour below the belt jokes. She was once considered as a voice of the voiceless females in Tollywood industry. But her constant controversial posts and gestures are letting down people and their faith in her.

Moreover, she had also said something disgusting about Trisha Krishnan. She said, "Trisha Krishnan became famous after her bathing video came out, what is there If I expose a little bit. Nothing is there in trisha. I am hotter." A few days ago, Sri Reddy had also made a controversial comment on Amala Paul over her rumoured second marriage with Bhavninder Singh. She wrote, "Don't worry amala paul ur Punjabi husband take care of u very well..I trust Punjabis." (sic) 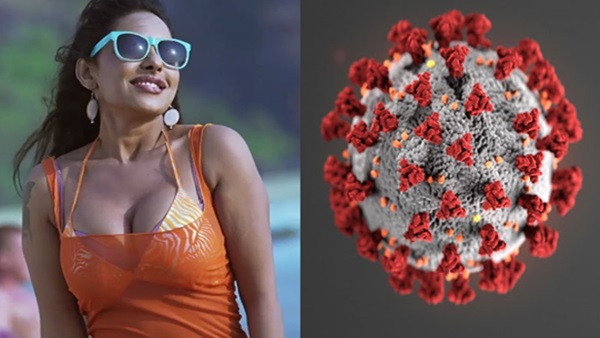 Sri Reddy is known as the flag bearer of #MeToo movement in the Tollywood industry. She has made s*xual harassment allegations against many South actors and their families including, Nani, AR Murugadoss, Kona Venkat, Viva Harsha, Sundar C, Raghava Lawrence and Abhiram Daggubati.