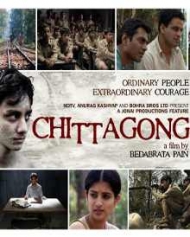 Chittagong is the story of a diffident 14 year old boy, Jhunku (Delzad Hiwale). Swept up into this seemingly impossible mission, the reluctant teenager battles with his own self-doubts to achieve an improbable triumph.